Psychopathology is Not Always Criminal 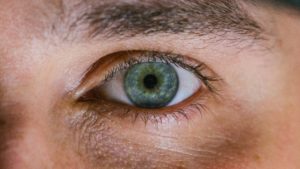 Psychopathology Is Not All Bad

Charming & intelligent is just the tip of the iceberg. Try fearless, calm, cool and collected. They are the people you want around you in chaotic environments. They don’t get caught up in emotional states. They aren’t governed by fear; they just look at risk vs. benefit.

They are action takers. They are decision makers. They are present and not concerned with the past or future. Traits common in the movers and shakers of our world — not just criminals behind bars. There is a downside, however…for the criminally psychopathic.

Yet, functional psychopaths are successful. They are not bound by male of female. They are sometimes lawyers, politicians, CEOs, and high level executives. They activate their charm, their recklessness and their inclination to act — in certain moments where they’re useful, but also withhold them in certain situations where they might do more harm than good. In this way, they don’t end up in prison…because they aren’t criminally psychopathic.

They have a huge repertoire of behavioral patterns they can leverage to sculpt the most varied and difficult of situations to their benefit. This is a valued commodity, given that leadership positions are best suited to people who act recklessly and fearlessly at the right moment — and who can play the part of the conventional family man and philanthropist in the next.